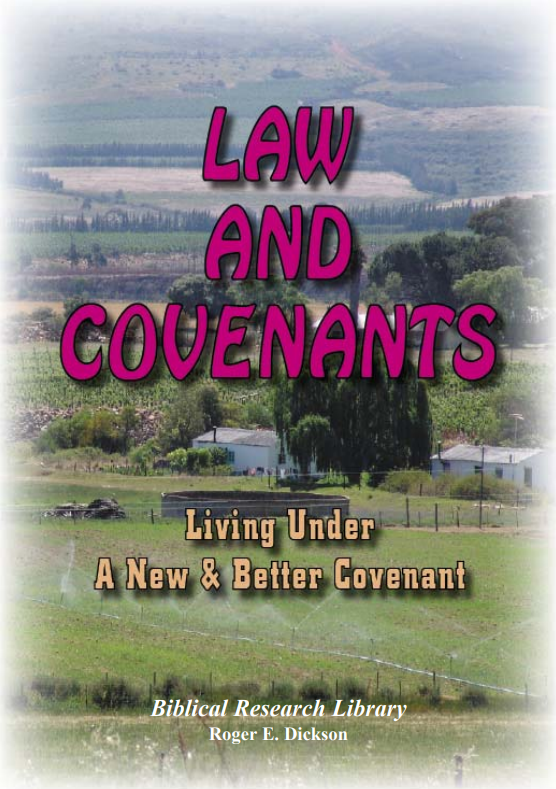 Law & Covenants: Living Under a New and Better Covenant by Roger E. Dickson

One of the first principles to understand in reference to Bible study is the difference between the Old and New Testament laws. If one does not understand that Christians are now under a new covenant and law than what the Jews were under from Sinai to Calvary, then he will never be able to rightly divide the word of truth. More confusion has resulted in the application of God’s law over this point than most subjects in Bible study. People understand that we do not offer animal sacrifices today, but they usually do not understand why. They know that we do not throw the Old Testament away because we are not under the law to offer animal sacrifices. But people have a difficult time distinguishing between Old Testament history and the prophets, and the Mount Sinai law that was given only to Israel. The confusion that prevails in misunderstanding that the Sinai law is dead has hindered many from fully appreciating the superiority of the covenant of Christ that Christians now have with God. God delivered us from the bondage of the Sinai law. He delivered us unto a new covenant wherein grace and truth reign as the foundation upon which our salvation rests. If we do not understand the difference between the old and new covenants and laws, we cannot understand the Bible, and thus, appropriated God’s law correctly today. (READ MORE)

Baptism: A Faith Response to the Cross by Roger E. Dickson

The Christ-Centered Faith by Roger E. Dickson
Scroll to top