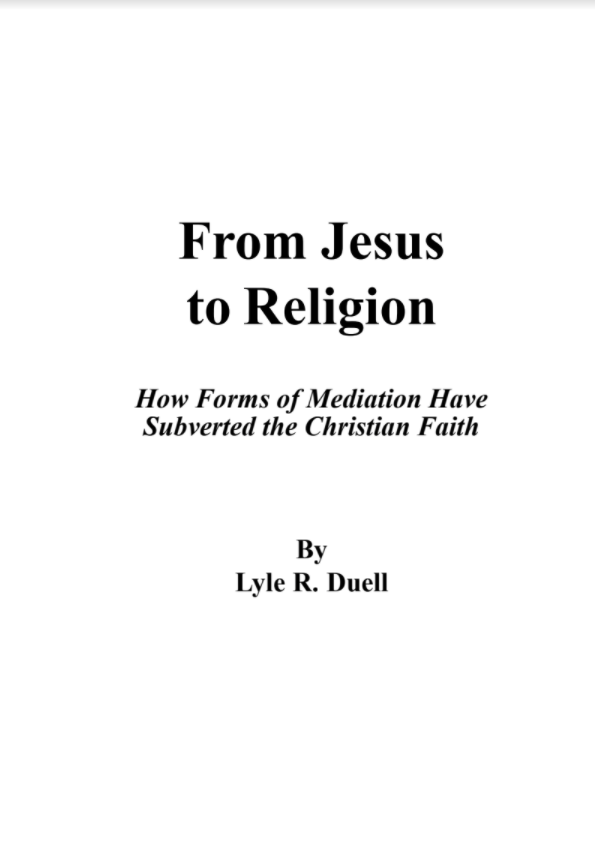 From Jesus to Religion: How Forms of Mediation Have Subverted the Christian Faith By Lyle R. Duell

This book is a study about the phenomena we call religion. It is a study in contrast, for throughout this study we will be contrasting religion in its many forms with the revelation of God we see in Christ and His teachings. For some, this will be confusing and even unsettling because of the many presuppositions people may hold. Some Christians have never looked at their religion in contrast to Christ. They have taken it for granted that the revelation of God in Christ and the Christian religion were one and the same. For those who have made that assumption, I hope this book will serve as a catalyst to further study and reflection. (READ BOOK)